On Wednesday 22nd May, we were invited to speak about crowdfunding on BBC Radio 4’s MoneyBox show hosted by Adam Shaw. We were interviewed alongside Gerald Oppenheim, Chief Executive of the Funraising Regulator and Bruce Davies, Director of the UK Crowdfunding Association. It was a great privilege. We also secured that the example campaign used in the show was one of our clients. Dan from SafetyNet Technology was interviewed about his experiences of crowdfunding on Indiegogo.

To listen to the show click the link below. 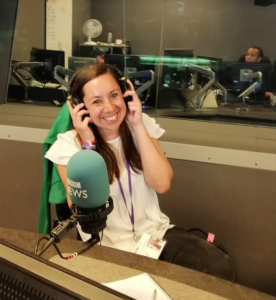 I was very excited to be in the BBC radio studio