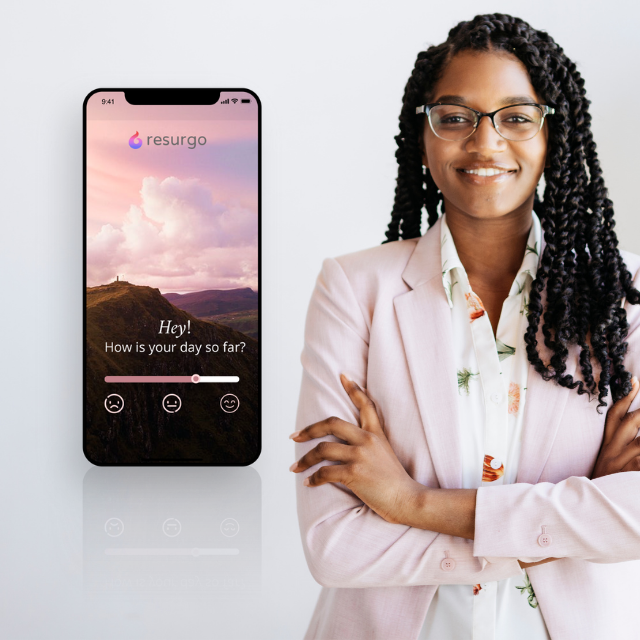 resurgo.co raised £8,161 on Indiegogo. Although they missed their target of £19,057. They are still able to put this money towards launching their wellbeing app specifically designed for female entrepreneurs.

Laurel, founder of resurgo.co is one of the most kickass female entrepreneurs I have had the pleasure of working with. She has been fighting to better the situation of female entrepreneurs since 2013. She recently published a report which discussed how womens position in society and past trauma negatively affected their business growth but that if we got rid of these hold ups, women would actually contribute over $12trillion to the economy.

Her crowdfunding campaign attracted 94 backers from 12 countries. From Canada to Czech Republic and Mexico to Singapore – her globally focused app for female entrepreneurs is just taking off. As well as gaining these supporters, her campaign was also featured in Forbes, TechCruch UK, The Vancouver Sun and on MSN.com. Laurel used a mixture of PR, email marketing, facebook and instagram to get her campaign off the ground.

Apps are particularly hard to crowdfund, and female focused, female owned apps are even harder to make succeed. The fact that resurgo.co raised 42% of their target is fantastic.

Most of the rewards focus on access to the app and elements which will aide th mental health of female entrepreneurs. Nonetheless if you are a male, or not an entrepreneur you could still back this campaign and gift your reward to someone you believe needs it.