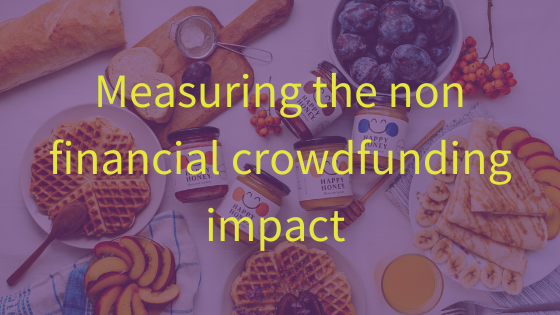 Crowdfunding seems to be all about raising money right?

That is a nice, tangible impact we have had on social projects over the course of the year and its a super easy one to judge to see if we are doing well.

But sometimes our impact is more hidden.

Every year iwe haven’t raised anything financially – January and February are poor months to fundraise. But we have had some stranger, more hidden impacts through our work in the Balkans. We obviously cannot take full credit for them, but we did for sure play some part in them…

Here are 5 examples of more hidden impacts we have made in the region.

1) We stopped some campaigns launching

This may seem like a ridiculous impact and maybe even a negative one at first glance, but if clients aren’t ready to launch, we should help them to postpone and prepare their campaigns better. Serbia only has a success rate of 3.5%, and Bosnia’s success rate is 2%. If campaigns launch when they aren’t ready, this is never going to increase.

One particular example of stopping a campaign launching was with a craft beer company. They came to us wanting to launch in less than 6 weeks. They had a project, they need to expand their production facility, but what they didn’t have was a clear target audience, brand identity or individual following. We had an hour long meeting with them to describe the necessities of all of these elements and we talked aloud a plan for the following 5 weeks of things that would need to get done – there was a lot!

We have been in touch since and they’ve chosen an alternative funding method for their immediate needs and will take 6 months to plan a proper campaign for later on this year. This I would say is somewhat of a success! 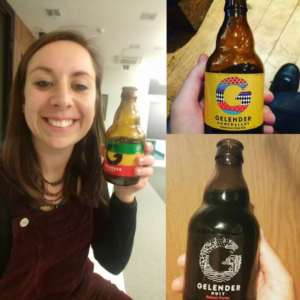 This the beer we postponed launching. The guys were nice enough to give us a sample of their product

It is important in crowdfunding projects for the audience/backer to see themselves benefiting from your project or product. We had a client come to us with a cartoon for children. Their plan was highly developed and I had great hopes for their campaign when it launches. The one issue I saw they had was that all characters were male. This would have meant that parents with girls, may have been put off buying into the campaign, thus reducing the size of their target audience. We spoke at length about how they could possibly introduce a female character and how that would have a positive impact on their likelihood of success and less than 2 weeks later, we received an update that they had taken our advice. Now I am even more excited for the launch of this campaign as I believe it will do really well! 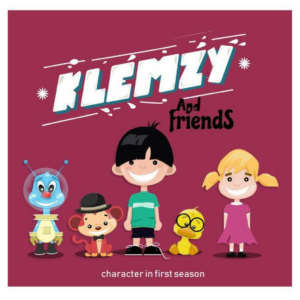 Before we spoke to the Klemzy team, there were only 4 characters and the blonde girl was not one of them

3) We increased the campaign length

We met with a representative of Talas (a magazine that aims to inspire, raise hope, and show that there are positive stories that deserve to be heard) just a day before they launched their crowdfunding campaign. We then met them again, 1 week into the campaign. Their magazine and campaign was in general good, there was not too much we could do to help at this point. But a worrying factor was that they only launched a 15 day campaign.

Statistics show the optimum length for a crowdfunding campaign is 30-38 days. This often covers 2 pay-days – one just before the launch and another just before the end, and if people go on a vacation, they will still find out about the campaign. I was worried that the client would miss pay day and people would still be making up their minds as to whether to pledge as they closed the campaign. We advised, therefore to extend the campaign.

Again, they took our advice, extended their campaign by another 2 weeks and are well over their target at 112%

Happy Honey is one example of some of the start-ups that came to us just to meet and learn more, but that ended up leaving with a solid idea and excitement to bring it to life. A honey company that uses a secret (but very cool) method to create their 6 flavours of honey, we spoke about how they could use crowdfunding to get international customers, launch a new range, and use a successful campaign to get into supermarkets. By the end of the first meeting I could see the buzz (no pun intended) of excitement in the founders eyes and we have subsequently had more meetings. Expect to get your deliciously happy (and healthy) honey on kickstarter later this year! 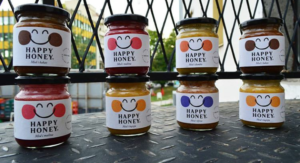 5) We have created a community of crowdfunding enthusiasts

So far this year we have run 11 workshops attracting more than 175 people in 9 cities as well as 49 1:1 sessions with individual start-ups and charities. We have also been featured on Al Jazeera Balkans twice, the Bosnian national newspaper twice and the Swiss Embassy Facebook page. This had led to a wide spread across the region of knowledge of crowdfunding, which will hopefully only continue to spread further as the people who attended our workshops and sessions share this knowledge with anyone they know who launches a crowdfunding campaign. The key points, it seems that people have taken away and will continue to spread are:

a) take a minimum of 8 weeks to plan your campaign

b) launch on the first Tuesday after pay day

e) be sure to be the first backer, then get your spouse and extended family to pledge