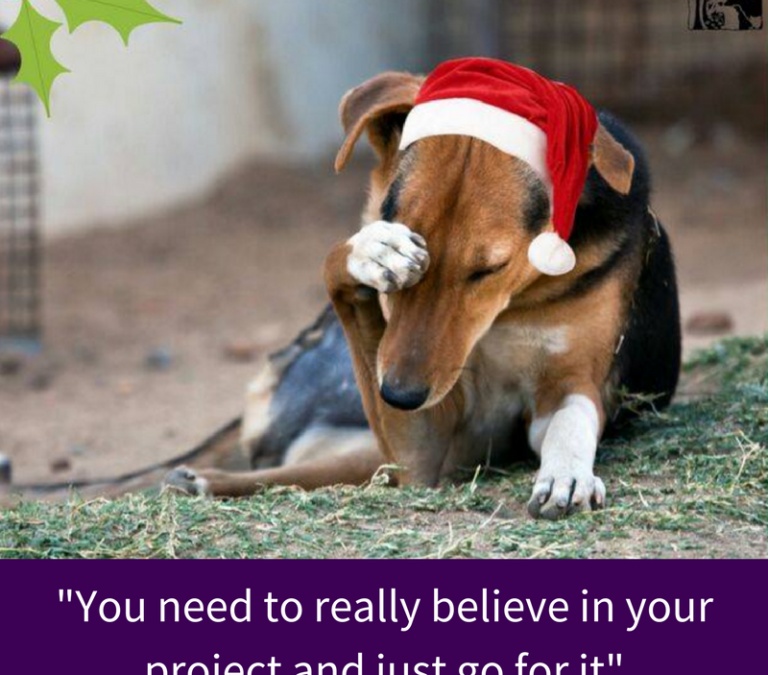 In this first of a series of crowdfunding interviews, we interviewed Clara from TOLFA. TOLFA is a busy animal shelter in Rajasthan, Northern India. It works to rescue and treat injured animals as well as er

adicate Rabies and sterilize street dogs. They have rescued over 25,000 animals and needed to raise £7,608 to build 27 more kennels. After undertaking online training and having some 1-2-1 sessions, they raised over £10,000 in 4 weeks.

We asked Clara to share some of her top tips with you, so you too can go on to succeed in your crowdfunding venture!

Thanks for agreeing to be interviewed Clara, it is good to first know about your understanding of crowdfunding before you started and how you thought crowdfunding could tie into TOLFA’s vision?

TOLFA had not done any crowdfunding campaigns before but I was aware of the concept and interested in trying it for  – it was just a matter of deciding what to campaign for. Our greatest need is just general running costs but this is not usually as appealing as a capital project. When the need for extra kennels came up I thought that would be a great chance to give it a go! We usually get our funding through grant applications, but I thought crowdfunding would be something different and allow us to engage our individual supporter through social media.

Your campaign did really well! Do you think it was social media, emailing or PR which dove it forward the most?

To be honest I think it was 50/50 email and social media, we usually only contact our emailing list one every 2 months and I sent 5 emails during the a 4 week campaign! I don’t think this was too much through as people won’t often act after just one email. We also made sure we weren’t always asking people to donate, we mostly asked people to share or create some content for us. We got some PR in the local newspaper and Veterinary Times, but it is hard to tell how successful this was. 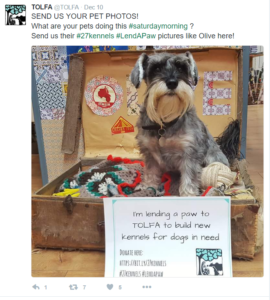 What do you think made you do so well?

I think we are fortunate in having lots of cute pictures of dogs to work with (I’m not even joking!), there are a lot of animal lovers out there and images of dogs are very likable and shareable. Apart from that we had a very tangible aim – building kennels for sick dogs, it’s not a complicated message to get across. We even shortened it to ’27 kennels’ and used it as hashtag. We engaged with people on social media, and our Twitter followers and Facebook likes both increased significantly during the campaign.

What is the biggest mistake you think you made in this campaign?

I think, if anything, we were too cautious. We were in no way expecting the great response we got and I think we could have achieved even more if we’d had more confidence in the beginning. If we did it again, we would also have more offline fundraising events to balance out the online/offline.

And what is the biggest mistake you think people in general make when crowdfunding?

I think the biggest mistake people make when crowdfunding is to sit back and wait for people to donate. You have got to be very active about spreading the campaign and trying different tactics to reach as many people as possible. Also, be flexible about your plan, if something isn’t working then change it and do something else.

Honestly speaking, how stressful was it?

It was very stressful and took over my life for a while, but it was also exciting and a great feeling to get the response we got. At the start I had no idea how it was going to go, and then in the 2nd and 3rd weeks I started to think maybe we had run out of support, but then the momentum kicked in again. I was really overwhelmed by the support and success.

What advice would you give to someone wanting to crowdfund?

Condense your main aim and message of your campaign into the shortest form possible so it becomes easy to recognise and understand. You can’t waffle on social media, so keep it snappy. Also look at what has been successful for others in similar fields and don’t feel you should do something completely new and unique to succeed. But most importantly, just believe in it and go for it! 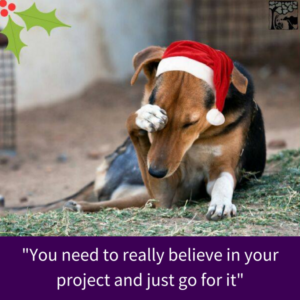