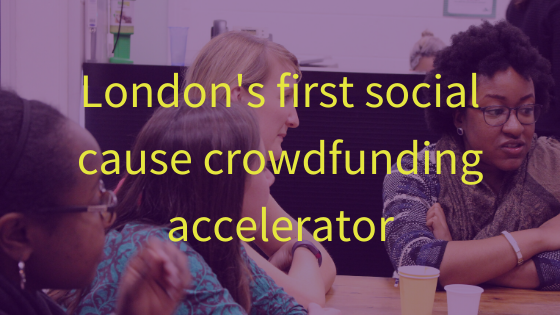 London’s first Crowdfunding Accelerator for Social Causes led by Crowdfund 360 and Chuffed.org, and hosted at Impact Hub Brixton has started and is being attended by 8 social change makers.

Every Thursday the group meet for 3 hours to work through the planning process of launching a successful crowdfunding campaign. They also receive ongoing online support from crowdfunding experts and their peers and as well as personal 1:1 sessions with award winning crowdfunding consultant Jes Bailey, founder of Crowdfund 360.

Participants are now in their fourth week of the programme and will launch their campaigns in June on Chuffed.org, the global crowdfunding platform for social cause projects. Chuffed.org CEO, Prashan Paramanathan says, “Too often, small charities and socially focused organisations miss out on skills building opportunities and this training course offers them both the option to learn skills to use forever more, and the opportunity to raise funding too”.

All organisations are based in London with most working locally. We introduce the participants below: 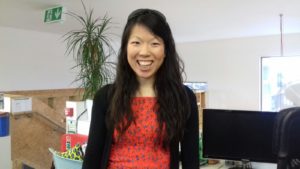 Marie from Three Peaks Africa is crowdfunding to protect the rights of porters who climb mountains such as Kilimanjaro in Tanzania, Africa. She has partnered with a local charity KPAP to provide better and safer equipment and training to these porters who climb up and down the mountain all season to provide for their families.

An interesting fact about Marie’s project is that she will actually be out in Tanzania at the beginning of the campaign, so we can be confident there is going to be some excellent photo and video marketing coming in during the campaign. To follow Three Peaks Africa, their adventure and of course stay up to date with their crowdfunding campaign, follow them on Facebook here. https://www.facebook.com/threepeaksafrica 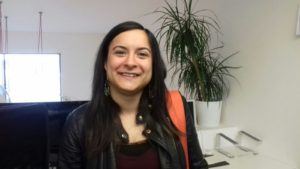 Rebekah Keane, from Football Beyond Borders

Football Beyond Borders is an education charity based in Brixton which uses the power of football to inspire young people from disadvantaged backgrounds. Rebekah is attending our crowdfunding accelerator to raise funds to furnish a new building they’ve secured to act as a base for young people in the Brixton area. To follow Football Beyond Borders on their crowdfunding journey, like them on Facebook at: https://www.facebook.com/footballbeyondborders 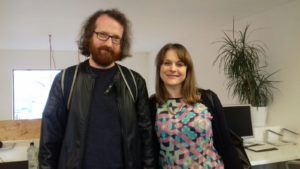 Jolanta and Jimi from One Plus One

Jolanta from One Plus One is undertaking our training course to crowdfund for a new online support system which will help parents and children argue better. Sounds crazy right? But arguing in a diplomatic way can increase the chance of resolution. To find out more about their work and stay up to date with their crowdfunding campaign, follow them on Facebook here: https://www.facebook.com/OnePlusOneUK 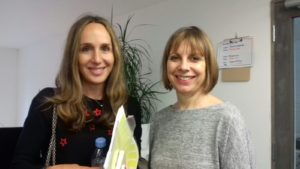 Catherine and Florence from RSBC

Catherine and Florence are attending our crowdfunding accelerator on behalf of the Royal Society for Blind Children. They are crowdfunding o create a 24/7 online support service which can be used by parents, teachers, carers and anyone looking for advice in connection to children who may have a visual impairment. To stay up to date with their work and crowdfunding campaign follow them on Facebook at: https://www.facebook.com/RSBCcharity/ 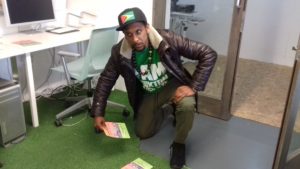 Mixing environmental causes with Hip Hop, Ian from the May Project is crowdfunding to bring a litter awareness and engagement tour to 20 cities in the UK. To stay up to date with the tour and their project, follow May Project on Facebook at: https://www.facebook.com/mayprojectgardens/ 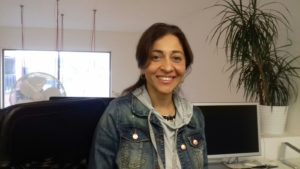 Ghada, who is originally from Egypt, is attending our crowdfunding accelerator to bring her Egyptian cultural festival to South London. Her aims are to integrate the Egyptian community into London more and showcase the delicacies of Egyptian culture, dance, and food. To keep up to date with the festival and the crowdfunding campaign: follow the Egpytian Festival on Facebook here: https://www.facebook.com/theegyptianculturalfestival 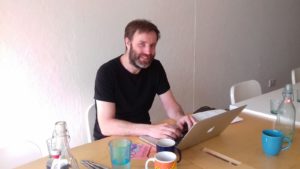 Richard Nield, a filmmaker and journalist has spent the last 6 years following and filming a wheelchair basketball team in South Sudan formed of ex-child soldiers who are all determined to overcome their challenges and follow their dreams. He is crowdfunding the final part of the filming process for his film. To stay up to date with the journey and to find out more about the characters and film, follow Lions & Tigers on Facebook at: https://www.facebook.com/lionsandtigersfilm/

If you are interested to crowdfund we also have our 8 week training course in an online version that can be bought here: https://www.crowdfund-360.com/?product=online-crowdfunding-training-course