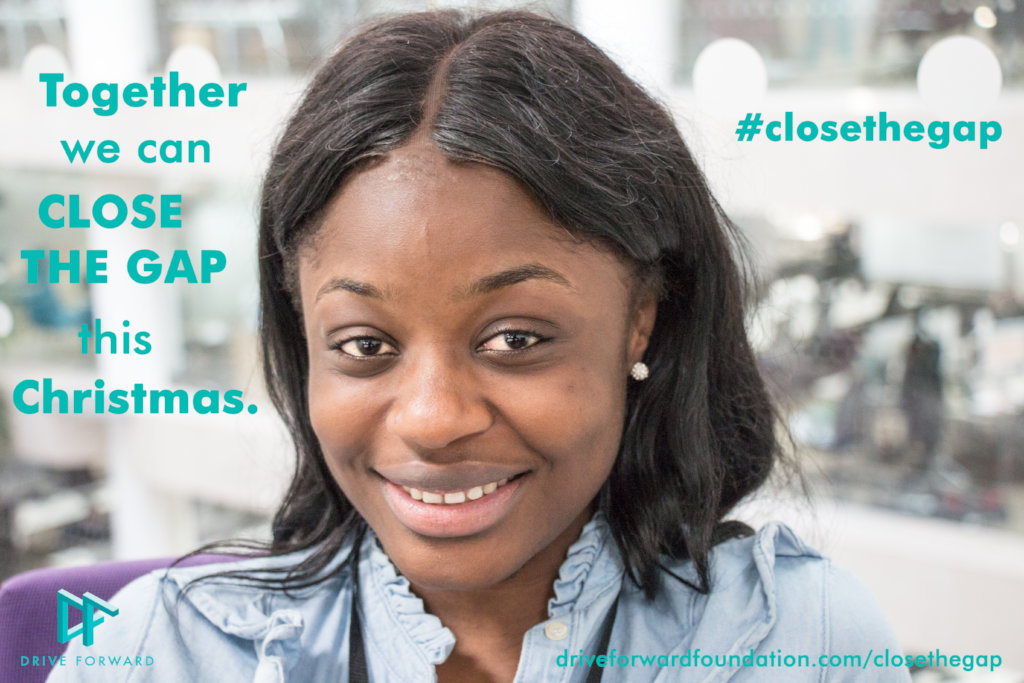 Drive Forward Foundation successfully crowdfunded 125% of their target, by raising £6,258 from 44 supporters on GlobalGiving for their Giving Tuesday/Christmas campaign 2017.

Drive Forward Foundation was raising funds for young care leavers in London who often have to go up to 6 weeks unpaid when they start a new job as their benefits stop immediately.

Drive Forward Foundation already had a network of individual givers and had run small crowdfunding campaigns before. They needed to add structure to their plans and be held accountable whilst also having a support team there to discuss any issues they were having. Crowdfund 360 provided all these and more to the small charity.

Since finishing their crowdfunding campaign, Drive Forward Foundation has helped 12 young and highly motivated care leavers transition into the world of work. One of those was Nikki. Nikki is a 22 year old with a first-class degree in Human Rights and Politics from Colchester University. She has been unemployed since completing her degree and came to Drive Forward for help and advice around her CV and finding a job. Nikki was desperate to work, but was cut off from receiving Job Seekers Allowance on starting her role. On top of this, she was moving house, which put additional stress and uncertainty on the situation. Her Employment Consultant, was able to encourage her to keep on with the job, offering to pay her weekly travel costs to get to work through the Closing the Gap fund.

Juno Schwarz, Fundraising and Communications Officer for Drive Forward, wrote this about her experience working with us, “We hired Crowdfund 360 for our Christmas campaign last year. As we’re both based in London, Jes came to visit the charity to get a better picture of what we do, how we work and talk about the project at hand. Only then did we start working on a tailored strategy to maximise our crowdfunding success. I’m not going to lie, it is a lot of work to adequately plan a successful campaign. It takes time and extra effort to identify and pre-warm your crowd. But Crowdfund 360 were there every single step of the way, making suggestions and bringing in ideas, providing constructive feedback and reaching out to their networks to increase impact. They provided us with a step-by-step guide of what to do at what point of the campaign. Crowdfund 360 can tell you how to successfully plan and manage your campaign, but in the end it’s down to you to implement it and work on it on a day-to-day basis. Our campaign was going to run for about 4 weeks. We reached our initial crowdfunding target in about 12 hours and had tripled our goal by the end of the campaign!”